There is a growing online community on Twitter leading a grassroots effort in creating their own diabetes tools.

The tools are hacks of two diabetes management devices that people have figured out ways to work together: continuous glucose monitors (CGM) and insulin pumps, essentially creating a do-it-yourself artificial pancreas device.

The CGM gathers information, when a person’s glucose levels are high, and instructs the pump to deliver insulin.

The concept is known to aficionados as “open source artificial pancreas technology” or OpenAPS.

OpenAPS and other DIY artificial pancreas systems are usually crowdsourced by individuals living with or caring for someone with diabetes. The DIYers often build their own devices by following step-by-step instructions found on the Internet.

A Bloomberg article published last month looked at the growing trend and reports that by some estimates as many as 2,000 people around the world have used a home-built pancreas made mostly by users on social media sites and GitHub, a site where developers collaborate on code and build their own software.

Researchers at the University of Utah Health examined the growing online community of DIYers by following the #OpenAPS hashtag on Twitter.

“There is a large community that is actively exploring how they can manage their diabetes using off-label solutions,” says Dr. Michelle Litchman, FNP-BC, FAANP, an assistant professor in the College of Nursing at U of U Health.

“Health care providers, industry and the FDA need to understand the wants and needs of people with diabetes in order to better serve them,” she adds, indicating that OpenAPS was created out of a need for better solutions.

According to Litchman’s research, after surveying more than 3,000 tweets using the OpenAPS hashtag, which was generated by more than 300 participants from January 2016 to January 2018, her team found five common themes surrounding the community:

“Citizen scientists from all over the world are coming together to enhance existing diabetes technology,” Litchman says. “They are not waiting for solutions. They are making solutions to help themselves manage their diabetes with more ease.”

Although the study examined the thoughts of the Twitter community, Litchman acknowledges there were limitations to the study, namely, an experimental design or prospective cross-sectional data was not used.

In addition, it’s possible the community participating in the conversation only shared positive experiences with building their own devices, reflecting a potential positive bias to the OpenAPS movement.

Are the Hacks Safe?

According to Litchman, the findings of the study highlighted a perception of safety among OpenAPS users. “We specifically searched for reports of adverse events related to OpenAPS use and none were identified,” Litchman told dLife. “However, we recognize that Twitter may not necessarily be the place someone would report a negative experience,” she says.

She explains that if OpenAPS technology failed for any reason, the insulin pump would revert to previous settings, in which risk would be similar to that of any insulin pump user.

She hopes to increase more awareness among healthcare providers through her team’s research.

“There are some unknowns about this type of technology,” says Litchman. “While there are obvious benefits to many people who are using OpenAPS, there are some areas that may be concerning.”

For example, she explains, patients do not need a prescription to create and use OpenAPS, nor do not have a trained professional to help set up and train the user about the technology — a common practice with FDA approved devices such as insulin pumps or continuous glucose monitors.

While Litchman’s findings highlighted a perception of safety among OpenAPS users, the DIY system is not regulated or approved by the FDA or device manufacturers.

OpenAPS was developed after the compatible pump was removed from the market.

However, according to Litchman, despite the limited supply remaining of these pumps, there now exist more modern Bluetooth-enabled pumps that make it possible to use in a DIY closed loop.

While these pumps are currently available in Europe and Asia, Litchman says they will hopefully come soon to the U.S., further enabling patient choice of technology, DIY or otherwise.

In the end, Litchman says OpenAPS is not a cure for diabetes.

“There is a limited supply of compatible pumps, which are out of warranty, and some challenges in obtaining all of the equipment necessary to make OpenAPS possible,” she explains.

“There is a subset of new OpenAPS users who may be limited by technology literacy or financial means to purchase the components, and therefore have challenges building OpenAPS.”

A Threat to Large Device Makers?

According to the Bloomberg article, Medtronic, which sells $2 billion in diabetes devices per year, regards the DIY community as allies. Company representatives even meet with DIYers to help them understand how new technologies will affect their systems.

“This patient-engaged development of technology has identified the need for customization within diabetes devices,” Litchman says. “The ability to personalize technology not only enhances user satisfaction but can also provide an extra layer of safety (i.e., alerts that are most helpful to the individual user).”

She says industry and policy-makers are paying attention, and time will tell as to whether or not FDA-approved devices become more accessible to users. 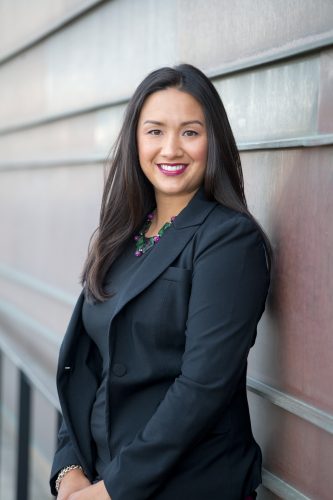 The study is published in the Journal of Diabetes Science and Technology.