Okay, before we get started today, I want you to take this quiz with me:

Question: Why should you test your blood sugar?

a) Because my doctor told me to
b) Because my spouse told me to
c) Because I read that people with diabetes have to
d) Test? What’s testing?
e) None of the above

The correct answer is (e), none of the above. Though most people actually test for one of the other reasons, we need to talk about the real reason you should test!

Oh. Wait a minute. Sorry. I forgot to give you the second part of the quiz: do you think about your numbers, or do you just record them? Or, worse yet, do you just let the meter remember them for you? Used correctly, your meter has the power to transform you from a mild-mannered patient to a diabetes superhero.

That’s what I’m going to show you today. I’m going to show you how to use your meter “right.” No, no, no. I don’t mean technique. I’m not talking about how to lance your finger, how big a blood drop you need, how to calibrate your machine, or any of the other nuts-and-bolts stuff. That’s diabetes kindergarten. We’re in diabetes grad school now. I’m talking about brain stuff. Mindset. The intelligent use of a meter vs. the stupid use of a meter. And because my job around here is to simplify diabetes, I’ve got four simple rules to help you become a blood-sugar-testing genius.

All too often, I hear people say their blood sugar number is bad. Really? Did it break any laws? Cheat on its income tax? Abuse its children? Vote for…you know…the wrong political party? What, exactly, does a number need to do to turn bad?

Sure, a blood sugar number can be out of range. It can be high. It can be low. It can be dangerous, even. But bad? I don’t think so. Because “bad” numbers are just good information. A problem to be fixed, nothing more. And if a number is not where it should be, or where it needs to be, knowing about it is a very, very, very good thing. I think you should celebrate “bad” numbers. Rejoice in them when you find them. Opportunity just came knocking, because you can’t fix a problem until you find it.

Rule # 2: Judge a Number by the Company It Keeps

Your mother was right. You can judge a man by the company he keeps. And the same is true for blood sugar numbers. In fact, I’ll go one step further, and say the ONLY way to judge a number is by the company it keeps.

Example: is 340 mg/dL (18.89 mmol/L) bad company to keep? Maybe. Or maybe not. Standing on the street corner covered in tattoos and wearing a black leather jacket, 340 looks pretty menacing. But we need to see who 340 is hanging out with to really judge it. Oh, and we need to think about what time of day it is, too. If you wake up and find 340 in bed with you first thing in the morning…well, that’s not so good. (And just how much did you drink last night, anyway??) But if it’s four hours after scarfing down two pieces of birthday cake—with extra ice cream, naturally—and your blood sugar was 482 mg/dL (26.78 mmol/L) a while ago, then things are improving a great deal, and I’d argue that the 340 is actually a pretty darn good number.

Here, let’s try on another scenario for size. How do you feel about 109 mg/dL (06.06 mmol/L)? Is it a boy scout or a juvenile delinquent? Remember, you can’t judge a blood sugar number by its value alone. You have to judge it by its context, by the company it keeps. That 109 would be great in some circumstances, like first thing in the morning. But what if you’re an insulin user who just took a whopping big shot only an hour ago? Looks like the boy scout just whipped out a switchblade, and is demanding your wallet.

The bottom line is that numbers need context to have any meaning whatsoever. And beyond considering context by time of day, or when we took our meds, we can also create context by using a technique called testing in pairs.

Testing in pairs is a system for looking at blood sugar numbers in a meaningful way—an intuitive way of studying cause and effect. In short, a way to judge the number by the company it keeps. I didn’t come up with testing in pairs, but I wish to hell I had. That honor goes to uber-educator Dr. William Polansky.

Answer: well, who the hell knows? Because if all you have is the after-meal number, you really don’t know diddly-squat. If you tested in pairs and your pre-lunch reading was 97 mg/dL (05.39 mmol/L), then, yeah. Lunch messed you up pretty good. On the other hand, if your pre-lunch reading was 249 mg/dL (13.83 mmol/L), then lunch only kicked you up 50 mg/dL (02.78 mmol/L). That’s fabulous! Of course, you still have a problem that needs to be fixed, because you were waaaaaaaay over target before you ate. But think about this for a second. If you only checked after the meal, you might be blaming a perfectly good meal for your high blood sugar, while the real problem was that you were already too high when you sat down at the table.

Why do people climb Everest? I submit: not because it’s there, but because there’s some glory involved in doing it. If high places equal glory, why do so many people with diabetes avoid testing their blood sugar when it might be high?

Most people with diabetes fall into the habit of testing at low tide: first thing in the morning, when the number is likely to be reassuringly low. That’s worthless and cowardly. Your mission, should you choose to accept it, is to seek out your very highest number.

You heard me. Look for your “worst” number. Leave no stone unturned until you find it. Then celebrate the discovery.

Look, all the really bad, long-term shit associated with diabetes—all of the “opathies,” such as neuropathy, retinopathy, nephropathy—are all caused by long-term exposure to high blood sugar. If you’re having some highs, don’t you want to find them? Root them out? Destroy them? In short, get them before they get you?

So no more playing it safe. Go after the high numbers.

Rule # 4: Don’t Let the Big, Bad Insurance Company Get You Down

Is Blue Cross giving you the blues? Public Enemy Number 1 may well be the health insurance industry. I’ve just shown you how testing in pairs has the power to transform your pointless chore into a voyage of discovery and a road to improved health…but your insurance company only wants to give you one lousy cotton-pickin’ test strip per day? What’s up with that?

Well, that’s the sad truth for the vast majority of people with diabetes. Most people with diabetes are type 2s. And most type 2s control their blood sugar with pills. If you’re a pill-popping type 2, your insurance company has decided that it’s in their best financial interest for you to have only one test strip per day. And as test strips commonly cost a buck a strip at retail, you might not be able to afford any extras out-of-pocket.

So, what to do? You can’t test in pairs without a pair. Or can you? You need to think outside the test strip box on this one.

Have you figured it out yet? Nope. You can’t re-use a test strip. And nope, you can’t cut one in half (trust me on this, I’ve tried both of these ideas). So, how do you test in pairs if you only have one strip per day?

What? What’s that, you say? You’re worried about not testing on some days? Okay, yeah. I understand that. But it’s better to have good information half of the time than to have bad information all of the time. Remember what I told you about how 340 and 109 can look both “good” or “bad,” depending on the company they were keeping? Right. You need pairs to make the information from the meter useful and valid. More than valid. Testing in pairs makes the numbers powerful.

Even if those folks who claim to care about your health all the way to the bank refuse to give you the most basic tools, you need to take the reins so you can think outside the box and creatively maximize your testing.

Bottom line: never take a “bad” number wrong, never take it personally, and never let it upset you. Testing is a wonderful exercise in self-empowerment. If you test in pairs and think about the difference between the two numbers, you have the power over your diabetes, because you know where the problems lie.

Wil Dubois is a diabetes treatment specialist with the Pecos Valley Medical Center in New Mexico, a rural non-profit clinic. He has type 1 diabetes, and is a health columnist and author who has published over 275 articles and four award-winning diabetes books. 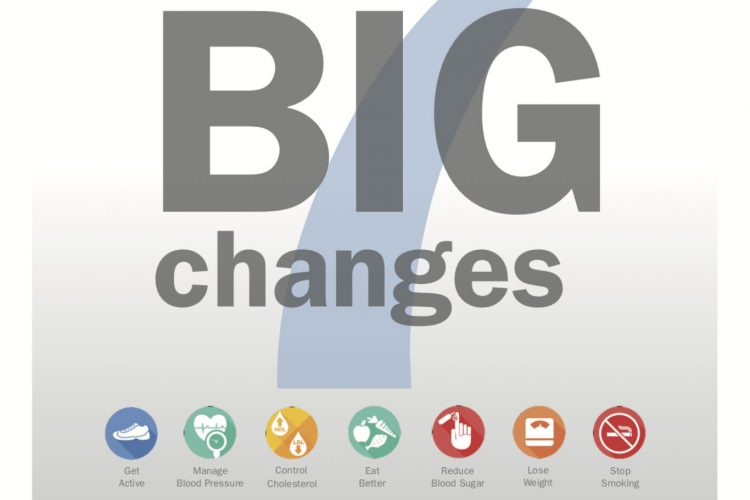 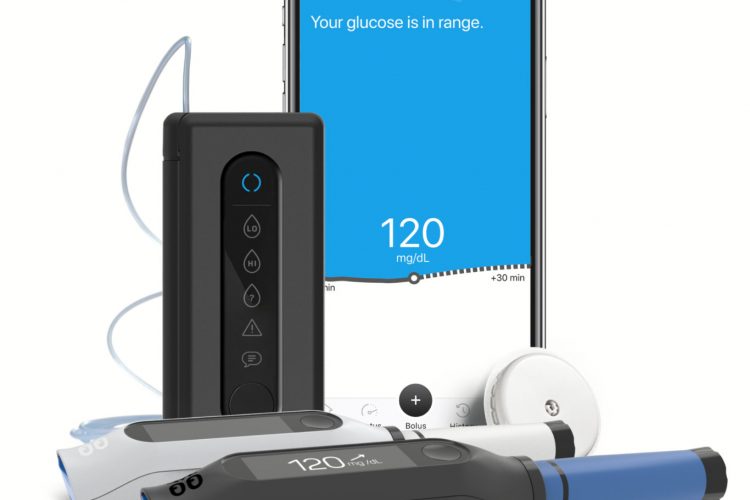 Bigfoot Biomedical Partners Up with Lilly for Insulin Delivery System 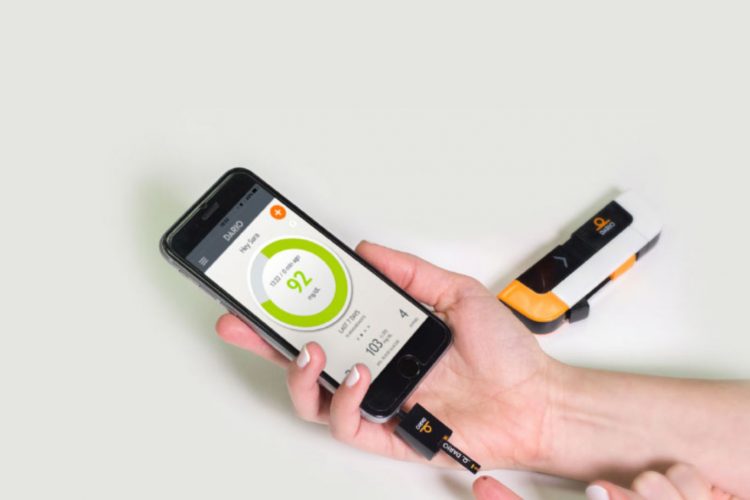 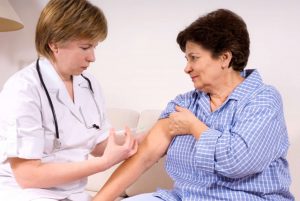