Spotlight on Ingrid Hoffmann and Her New Diabetes-Friendly Cookbook

Celebrity chef, Ingrid Hoffmann has a lot of her plate.

When she’s not hosting Top Chef Estrellas, on Telemundo, NBC, Simply Delicioso on the Cooking Channel and Delicioso on Univision, she’s inspiring her fans by writing cookbooks and using social media platforms to educate her followers about diabetes-friendly cooking habits.

Hoffmann’s past cookbooks have all focussed on healthy twists to traditional Latin favorites, however, her latest book, Latin Comfort Foods Made Healthy (Clásicos latinos a lo saludable): More than 100 diabetes-friendly Latin favorites, is what she calls the most “purposeful” book she has written so far.

Partnering with the American Diabetes Association, the book contains over 100 dishes that fall within the ADA guidelines. Every recipe in the book has full nutritional content you know exactly what you are eating.

“Each recipe is optimally designed for the right ratio of protein, carbs, and fiber,” Hoffmann tells dLife in an exclusive interview, “and when you are eating three satisfying meals a day you’re not going to be hungry between meals.”

The ADA gave Hoffmann and her team the guidelines, and every time they created a recipe, they had to follow precise measurements.

“If went over the numbers, we had to try something else,” she said. “It was a complicated and elaborate process and we ended up making each recipe a dozen times until we finally got it within the numbers, it was definitely challenging!” she says.

Hoffmann was born in Colombia and grew up between the Netherlands, the Dutch Caribbean, and the U.S. She has been notable for incorporating the flare of her traditional background into her dishes.

Hoffmann developed an interest in the creative part of cooking and entertaining from an early age, and though she did not go to culinary school, she learned everything about cooking from her mother, who is a Cordon Bleu trained chef.

“When I was little, my mom had a catering firm and a restaurant so I grew up in those businesses, doing my homework, working on weekends, and spending my summers there,” Hoffman says. “I learned by her [mother’s] side, the technique, and I developed a love and passion for good food.”

She later owned a restaurant with her mom in Miami, Rocca, which became a celebrity hot-spot for many years, and from there, she merged into television, and then books.

Hoffmann’s relationship with food over the last several years has been what she calls, “food as medicine.”

Her way of thinking was propelled by a lupus diagnosis she received about 16 years ago that changed her life.

Having lost a good friend to Lupus around the same time, she was determined that would not be her. “I told myself, no, this is not happening to me and I embarked on my journey,” she says.

Doctors at the time told her, “listen, take your medicine and go home.”

There was no focus on diet, Hoffmann explains, so she began a lot of research. “I thought, there’s nothing to lose by trying things out,” she recalls.

Eventually, she came across topics like inflammation, and the relationship of highly inflammatory foods on hormones, organs, and blood sugar.

Having both diabetes and cancer in her family, it was at that time that “all these worlds collided at the same time,” and she realized that she had to help herself and her loved ones.

“Everything that I had to do for a Lupus is verbatim what you have to do for diabetes,” Hoffmann says, “it’s a low glycemic diet, you regulate your blood sugar which regulates your hormones, which regulates inflammation,” she explains.

It was especially when she was able to turn her own health around by her diet and becoming extremely active, that she knew she was now on a mission: “It just became clear that I had a mission to make it easier for people to understand that eating clean doesn’t have to be boring, it doesn’t have to mean drinking green juices and eating lettuce with a piece of grilled chicken every day,” she says.

When you think of diabetes lifestyle (not a diet), we now know that most diseases start in the gut, and gut health is super important.

“The ratio of fiber in your diet is almost like the ratio of gas and oil you need in order for an engine to run optimally,” she explains. “I’m not a doctor and everyone should consult with their physicians, but what I can assure you is that no one will be worse by having a better diet and a better lifestyle, and that’s a given fact,” she says with certainty. 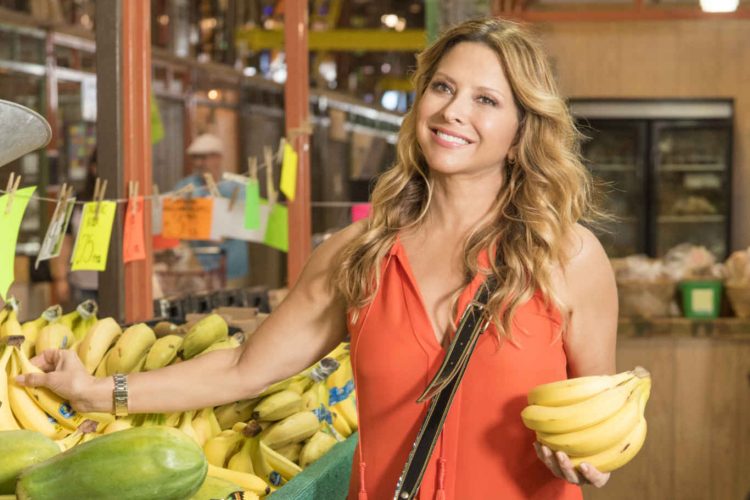 One of her secrets is using a combination of fresh and frozen vegetables in her dishes.

She explains frozen vegetables may be just as good as fresh ones because they are flash frozen when they are at their optimal ripeness, unlike fresh vegetables that have a long ride to the grocery store shelves from the time they are picked.

“I always like to think about budget and shortcuts for people to eat real food from scratch and easily.”

Her book has a lot of pantry planning, and freezer planning ideas because she believes between smart, clean products in your pantry and good stuff in your freezer, you can come home whip up an easy meal in seconds from scratch with nothing going back in your freezer.

“People need to preplan and prioritize,” she says, “they need to start realizing that your health is what you eat, and if you’re not feeling good, you’re stressed out and you have no energy, it’s probably tied to your diet.”

She says cooking should be a family affair where each person is involved in the creative process of meal planning. “Get the kids involved” she encourages, “it will give them ownership of their work and their commitment to their health.”

An important factor of Hoffmann’s recipes is that they take no longer than 30 minutes to prepare from beginning to end, “Because I don’t have the attention span for it,” she admits, “and people’s lives are busy; if you want to help them, you have to do it in a way that’s doable.”

Hoffmann says when it comes to traditional foods, no matter what culture you are from, we need to revisit which of those ingredients are good and which of those are bad.

“Remember that our ancestors’ food, back in the day, no matter what culture, was grown very differently than today: We didn’t have genetically modified foods, people ate more from the farmers market, and we didn’t have the prepackaged era of processed foods,” she indicates.

And, she through her cooking, she strives to take people back to those days.

Granted, she says, the odds of us eating better are against us, when having a coke and burger is cheaper than buying water and salad, but she says, “that doesn’t mean you have to throw up your hands in the air and give up.”

She says that’s where she comes in with her “Chica Tips,” helpful pointers throughout her book on how to make delicious food that’s clean.

She also modernizes her recipes by using many substitutes and different cooking techniques to make her dishes rich in flavor but minus the extra carbs and oil.

An example is her Spanish Tortilla with Cauliflower and Potato recipe.

It’s a classic Spaniard dish which you will find everywhere. However, in her recipe, she takes half, if not more of the potatoes out, and substitutes with cauliflower.

“Funny enough, when we handed it out as an appetizer at our book launch in Miami, people were in disbelief that it was actually a healthy dish.”

Another trick Hoffmann shares: Instead of frying the beef for tacos, you can render them in a tiny bit of coconut milk and a little bit of real orange juice and that combination caramelizes and toasts the meat and gives it this crispy texture as if it had been fried.

“It’s all about those little tricks throughout the entire book: Changing the cuts of meat for leaner ones, adding tons of fiber to the dishes, and making substitutions to increase and enhance flavor that you would never notice,” she describes. 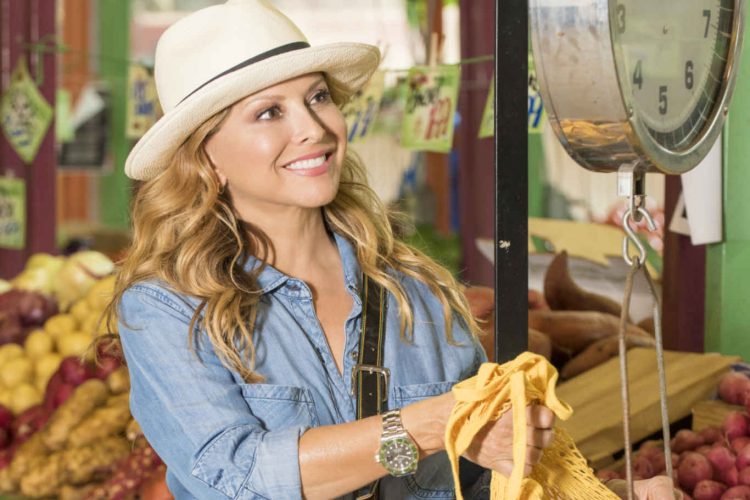 It’s instinctive for Hoffmann to work with substitutions.

She began this practice years ago when she started putting tomatillos in her guacamole. It was a natural way for her to “bulk-up” her guacamole and add more fiber in a way that you wouldn’t notice it.

“The idea of the book is to tell people you can eat what you are raised with, just let me just show you modern techniques and modernize the recipes,” she says.

To Hoffmann, this is really the book that serves the greatest purpose.

“My other books are beautiful hardcovers with many colorful pictures, but to me, this is the book that really serves a purpose,” she says, “it’s not just a pretty coffee table book.”

She says, if you really roll up your sleeves and use this book, it can really embark you on your journey to change your entire lifestyle.

She also provides support for the book and for her fans on Facebook Live and Instagram Live. Make sure to be on the lookout for times via her stories.

People can interact and ask questions in a way they normally wouldn’t be able to with an author or television personality.

“I do this from my kitchen, it’s very real and fun as opposed to just watching an on-air television persona, and I love interacting with my fans,” Hoffmann says.

Check out Latin Comfort Foods Made Healthy (Clásicos latinos a lo saludable): More than 100 diabetes-friendly Latin favorites to help you along your diabetes-wellness journey.