Compounds from hops may combat metabolic syndrome by changing the gut microbiome and altering the metabolism of acids produced in the liver, new research from Oregon State University suggests.

The findings are a key advance in understanding how xanthohumol, a compound that contributes to hops’ flavor, and its derivatives work. According to researchers, this is an important step in improving the lives of the estimated 35% of U.S. adults who suffer from metabolic syndrome.

The study builds on earlier research at OSU that found xanthohumol, often abbreviated to XN, and two hydrogenated derivatives, DXN and TXN, can likely improve cognitive and other functions in people with the syndrome.

People are considered to have metabolic syndrome if they have at least two of the following conditions: abdominal obesity, high blood pressure, high blood sugar, low levels of “good” cholesterol and high levels of triglycerides.

A diet high in saturated fat and refined sugars causes chronic low-grade inflammation that contributes to the development of metabolic syndrome; the syndrome is associated with cognitive dysfunction and dementia as well as being a major risk factor for cardiovascular disease and Type 2 diabetes. 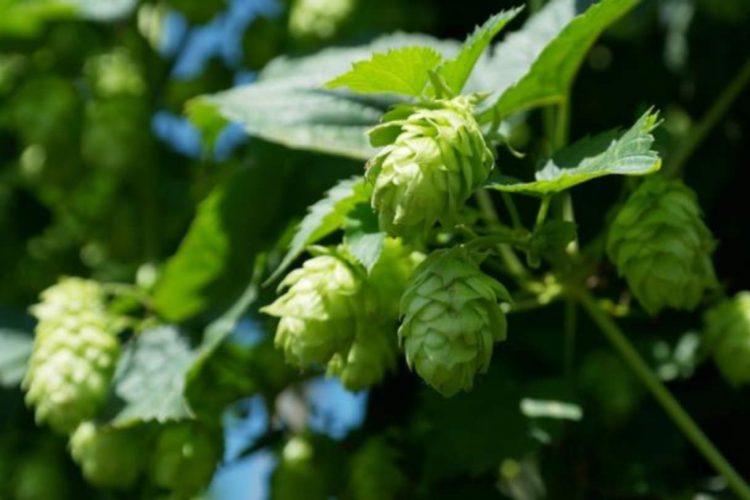 In the previous study, testing in a mouse model showed that XN, DXN, and TXN improve glucose intolerance, insulin resistance and sensitivity to leptin – a hormone that tells you to feel full when you have eaten enough and also helps regulate energy expenditure. All of these changes are thought to be beneficial in the fight against metabolic syndrome.

In the most recent research, laboratory animals were given a high-fat diet exclusively, or a high-fat diet that included XN, TXN or DXN. Scientists then measured the compounds’ effects on bile acids – bile is a fluid produced by the liver that helps with the digestion of fats – tissue inflammation and gut microbiome composition.

Results show that each of the hops compounds decreased the amount and diversity of microbes, reduced inflammation and changed bile acid metabolism – there was a reduction in secondary bile acid production and an increase of conjugated bile acids, which are indicators of improved energy metabolism, glucose metabolism, and cholesterol metabolism.

“Changes in gut microbiota and bile acid metabolism seem to explain at least partially why XN and its derivatives lead to improvements in obesity and other aspects of metabolic syndrome,” said the study’s corresponding author, Adrian Gombart, professor of biochemistry and biophysics in the College of Science and a principal investigator at OSU’s Linus Pauling Institute. “But this is not necessarily a cause and effect – we need to know which changes to the microbiota are beneficial.”

Collaborator Fred Stevens, professor of pharmaceutical sciences in the OSU College of Pharmacy and also a principal investigator at the Linus Pauling Institute, found it surprising that the benefits were accompanied by a decrease rather than an increase in microbiome diversity.

Gombart noted that the hops compounds have previously been shown to have antimicrobial properties, “so they may be killing off certain bugs that aren’t beneficial and preserving other ones that are.”

“In further research, we will try to determine what the compounds are doing directly to the body in addition to what they’re doing through the gut microbiota,” Stevens added. “These compounds must be having some direct effect on the body through their specific molecular size and shape.”

The research has been published in Molecular Nutrition and Food Research.