Flu Fighting Vitamins and Where to Find Them

If you have diabetes, it’s important to do all you can to arm yourself against seasonal cold and flu viruses. Fortunately, Mother Nature provides many immune boosting foods. So make a commitment to yourself right now:

During this flu season, get all the sleep you need, wash your hands more frequently, and eat a variety of the foods. We will look at some of the best flu-fighting foods in this article.

The celebrity vitamin when it comes to fighting colds and flu, vitamin C is a powerhouse antioxidant. It boosts immune function by protecting cells from environmental damage and helping to regenerate other antioxidants in the body when they are depleted. Foods naturally rich in vitamin C include:

The food with by far the highest natural concentration of vitamin C is a fruit called acerola, or West Indian cherry, which contains 1,677mg of vitamin C in a 1-cup portion.

This fruit only grows in warm climates and can be sweet or tart and eaten just like grapes or cherries. Unless you can hop a plane to Brazil, however, acerolas can be hard to find.

They were established by the Food and Drug Administration to help consumers compare nutrient quantity on food labels. Foods containing 20% or more of the DV for certain nutrients are considered “good” sources.

Vitamin E is crucial in maintaining the immune system. It enhances the activity of T-cells, the white blood cells involved in protecting us from viral (e.g., colds and flu), fungal, and other infection. Foods naturally rich in vitamin E include:

*Because of their high oil content, sunflower seeds should be stored in an airtight container in the refrigerator or freezer.

It’s easier to buy the kernels, but if you buy them in the shell here’s a tip: Pour seeds into the bowl of an electric mixer and pulse until the shells break but not too many kernels are crushed.

Then, pour into a bowl of cold water. Shells will float to the top and you can skim them off with a slotted spoon. Sunflower seeds are great in chicken and tuna salads, sprinkled on tossed salads, or ground up fine and used as a replacement for flour in coating meat or chicken. 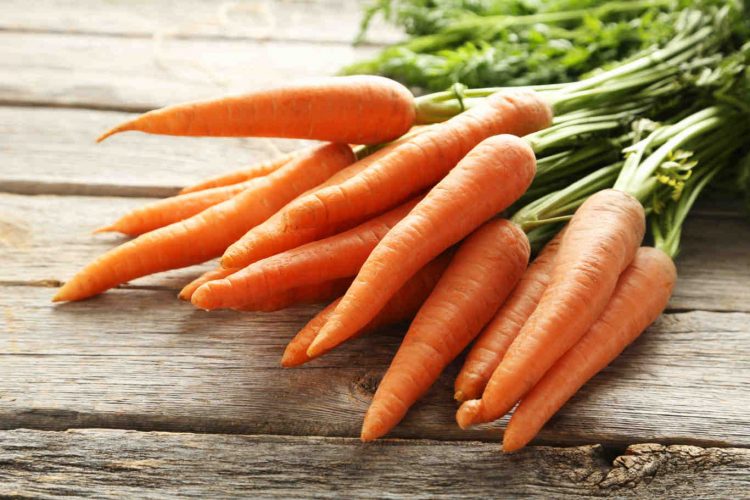 Beta-carotene is the most well known of the carotenoids, a class of nutrients that have a variety of health benefits.

One of these benefits is enhancing or regulating immune function. Beta-carotene and the other carotenoids are made into vitamin A in the body, and vitamin A helps cells to fight infections.

The carotenoids are listed under vitamin A in nutrient lists, and a DV has been established only for vitamin A. Foods naturally rich in carotenoids include: 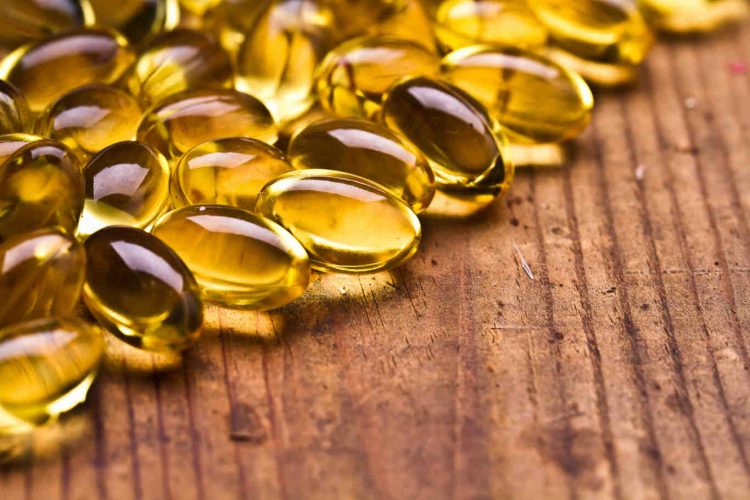 Vitamin D is an immune system modulator, which means it regulates immune response so that your body doesn’t over- or under-react to pathogens.

New research also shows that vitamin D may help prevent cancer and other diseases, including diabetes.

The current Daily Value for vitamin D for adults is 600 IU. However, a large and convincing body of evidence suggests that this level is far too low.

*Canned salmon is derived from wild-caught salmon, which contains high levels of vitamin D. Farm-raised salmon may have as little as one-quarter of the amount of vitamin D as wild salmon.

This is likely the same with all oily fish. Also, frying fish in oil reduces the amount of vitamin D by about half. **Rinse high-sodium canned foods, such as tuna, before eating to help remove some of the salt. 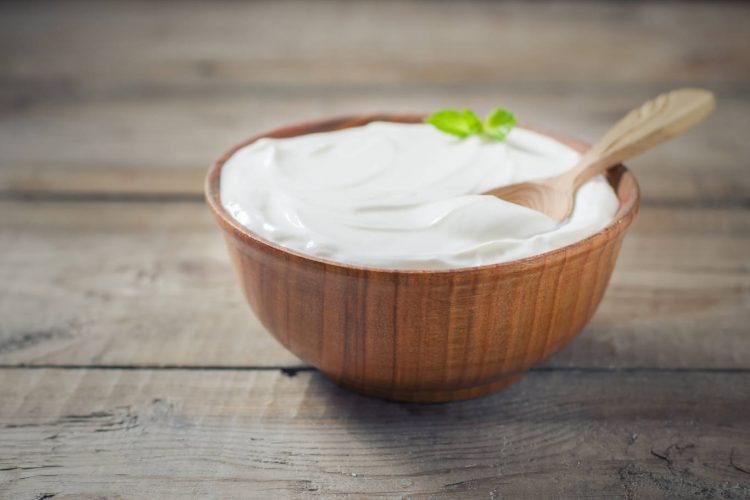 Probiotics are sometimes referred to as “the good bugs.”

They are beneficial bacteria that live in all healthy digestive systems. They help guard against attacks from microorganisms and may improve immune function in healthy adults by increasing the percentage of different types of immune cells.

They have also been shown to inhibit the growth of potential disease-causing organisms. Foods naturally high in probiotics include:

But there is some controversy over whether manufacturers can claim the effective, health-promoting properties of probiotics in so many food products.

When probiotics are subjected to heat, they can easily be destroyed and become ineffective. The National Yogurt Association has developed a “Live Active Culture Seal” to help consumers identify products that contain these friendly bacteria.

The Food and Drug Administration has not established a Daily Value for probiotics. 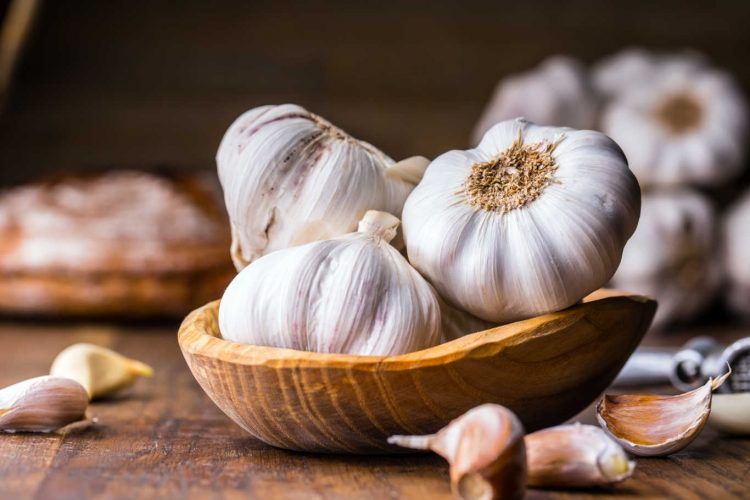 It’s the sulfur in garlic that gives this vegetable its famed status as a powerful immunity protector.

Sulfur stimulates the immune system to produce more cells that protect against viruses and infections. Garlic also enhances the activity of macrophages, immune cells that engulf and destroy invading organisms.

Garlic has proven anti-fungal and anti-bacterial properties — it’s thought of almost as a natural antibiotic.

This allows for the full release and cultivation of the beneficial chemicals. Other garlic tips: The longer you cook garlic, the milder it becomes, but it also loses its health punch.

Additionally, don’t bother with breath mints. The sulfur compounds that cause garlic breath are absorbed into the bloodstream and released into your breath through your lungs. 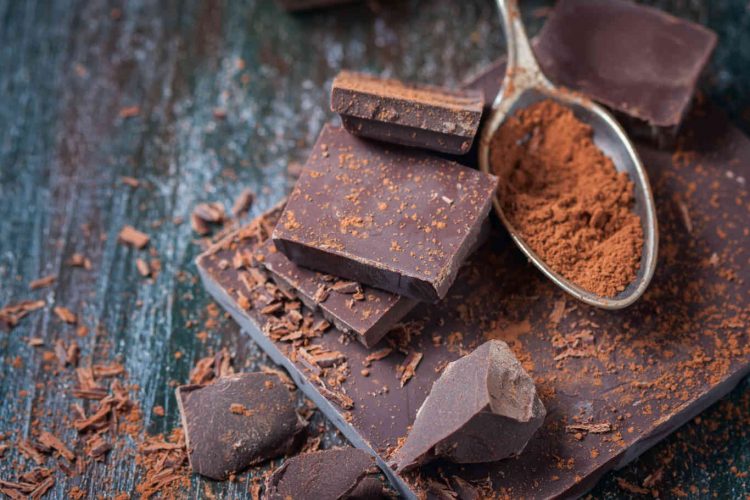 Some of our very favorite healthy foods contain bioflavonoids that have a variety of health-giving properties. Bioflavonoids act like antioxidants, while also stimulating the immune system.

Of the types of bioflavonoids, the group called flavanols has been in the news in recent years, thanks to studies showing the great health benefits of flavonol-containing foods — and the fact that we loved these foods, to begin with.

Foods naturally rich in flavanols include:

Because diabetes is associated with higher than normal oxidative stress in the body, bioflavonoids, which are powerful antioxidants, are helpful in managing and preventing complications from diabetes.

The Food and Drug Administration has not established a Daily Value for bioflavonoids. 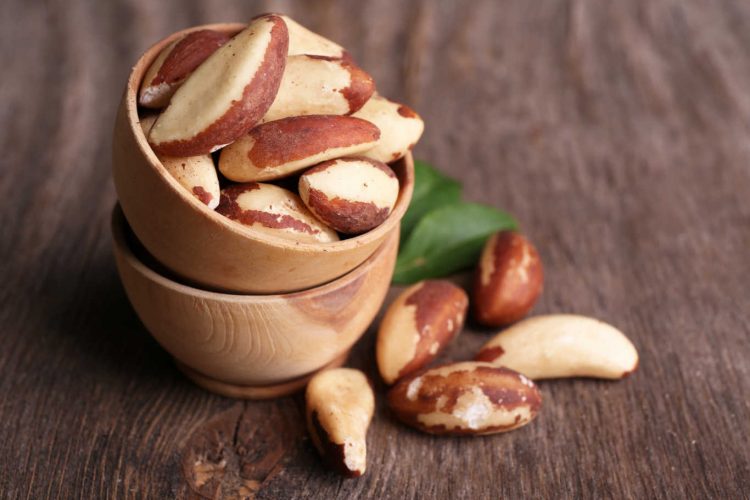 Selenium helps white blood cells respond to attacks on the immune system and may have anti-cancer properties.

The mineral has also been shown to restore glycemic control and prevent diabetic complications in animal studies. Foods naturally rich in selenium include:

In addition to being the best dietary source of selenium, brazil nuts are high in fat and so should be kept refrigerated to keep them from going rancid.

The fat content also makes their taste and texture similar to that of macadamias. They can be substituted for coconut in some recipes. 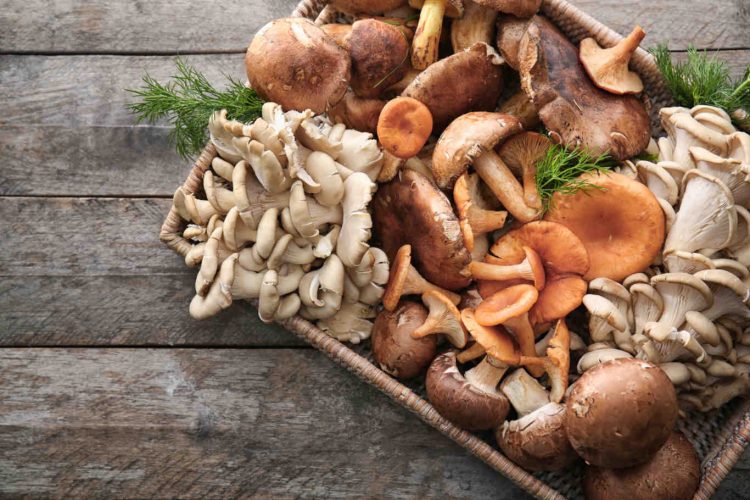 Many species of mushrooms are believed to have medicinal properties. Certain compounds in mushrooms have been studied in laboratory settings and have been shown to have immune-system-modulating effects.

For all of these reasons, you can find extracts of mushrooms sold as dietary supplements. Two recent studies showed immune-enhancing effects in mice that were fed whole mushrooms.

1 cup of sliced white button mushrooms contains 2g carbs, 1g fiber.
Shiitake, maitake, and reishi are the varieties of mushrooms most prized for their health benefits.
Store mushrooms, unwashed, in a loose paper bag in the refrigerator.
Wash dirt off mushrooms using a damp paper towel or mushroom brush; don’t put them under running water or they will get soggy. 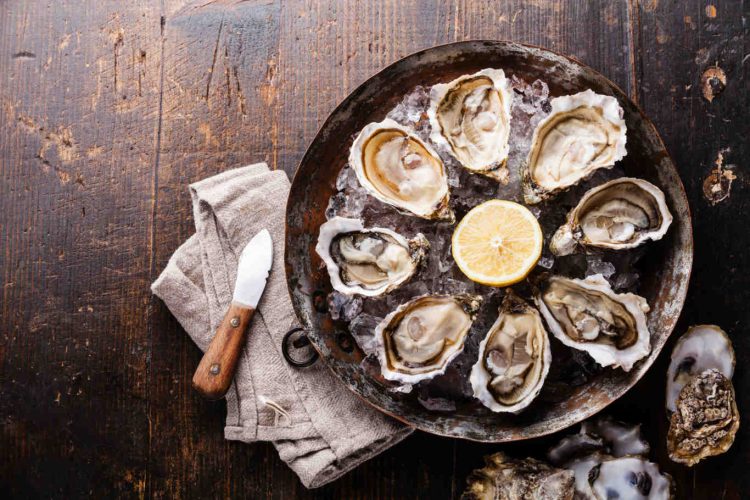 Zinc plays a central role in the development and functioning of immune cells. Like many other immune boosters, zinc is also an antioxidant with the ability to protect cells from environmental damage.

When your diet is low in zinc, white blood cell numbers drop and immune response becomes compromised, and insulin response and metabolic rate decrease. Foods naturally rich in zinc include: