Exclusive Interview: Jennifer Stone on How She Manages Acting, Type 1 Diabetes and More

Jennifer Stone might be best known for her role as Harper Finkle, on Disney Channel’s Wizards of Waverly Place, a show she co-starred with Selena Gomez, which saw over 100 episodes and two movie productions.

Stone literally grew up on the sets of Waverly Place, her childhood dream of television acting taking off in front of her eyes.

It was the peak of her career, after the show had ended, at the age of 20, that she was in for one of the most surprising and challenging roles of her lifetime: She was diagnosed with diabetes. It was a very confusing new role because it wasn’t clear whether Stone had type 1 or type 2 diabetes.

Since that time, she has not only adopted a new lifestyle to manage diabetes (some days, she admits are easier than others) but, also she has chosen to follow her passion for acting. She has a new Christmas movie, Santa Girl coming out in 2019.

While she’s not behind the scenes of a movie shoot, you will find Stone behind a stack of books, as she actively pursues a degree in nursing in order to continue her education and awareness work for those with diabetes.

dLife is proud to bring you an exclusive interview with this talented and tireless actress and diabetes advocate.

Q: How did you start acting?

A: My family jokes it’s a hobby that got way out of control. I feel very lucky that I’ve known what I wanted to do from a very early age. I was 6 when I started acting, and I’ve loved it since then. I did theater when I was little and I’m so thankful that’s how I learned so many basics and fundamentals. I begged my mom to let me go to Los Angeles after I did everything I could to exhaust my career in Texas. And finally, I wore her down. Every time I went, I booked something and finally, I booked Wizards, and we moved out [to L.A.] full time.

Q: Tell me about your career and diabetes diagnosis.

A: It was after Wizards, and I was working on some horror movies. I was also in school, pursuing a degree in psychology and getting ready to transfer to UCLA when all of a sudden I just didn’t feel right. I started gaining weight quickly, gaining 60 pounds in 3 months, I lost my eyesight in one eye, and everything made me really tired. I knew something was wrong but thought the weight gain was due to my thyroid. I went to see a doctor and they did some tests and saw that my cortisol was really high because my body was so stressed and my blood sugars had been elevated for so long.

It took some 3 years to figure out whether I had type 1 or type 2 diabetes because I showed symptoms of both: I still produced some insulin, but I also have all four of the antibodies that destroy the beta cells. Eventually, my body will finish off all the cells in my body that create insulin, and I will be without any self-made insulin. Right now, I am practically am fully dependent on insulin. It’s now clear that I actually have type 1.

I look at my diagnosis as being a blessing. I went through the stages of grief with it: the bargaining, the anger, it really tripped me up. But I’ve come to the point where I see it as a blessing because it has allowed me to think about what I really want to do. It’s allowed me to take ownership of my career and it’s helped to steer me into nursing as a profession as well so I can help others.

Q: How did you take the diagnosis?

A: I didn’t know anything about diabetes. I knew the stereotypical stuff: Like you can’t eat cake, which is actually so not true. That’s why I changed my major from psychology to nursing. It’s a time that I had to really take a step back and look in the mirror and say, ‘is this something I really want to pursue?’ I was completely ready to transfer, but when I was going through my diagnosis, I realized there aren’t enough nurses that know enough about diabetes, and I wanted to be in the field and work with other diabetics because I understand what they are going through. 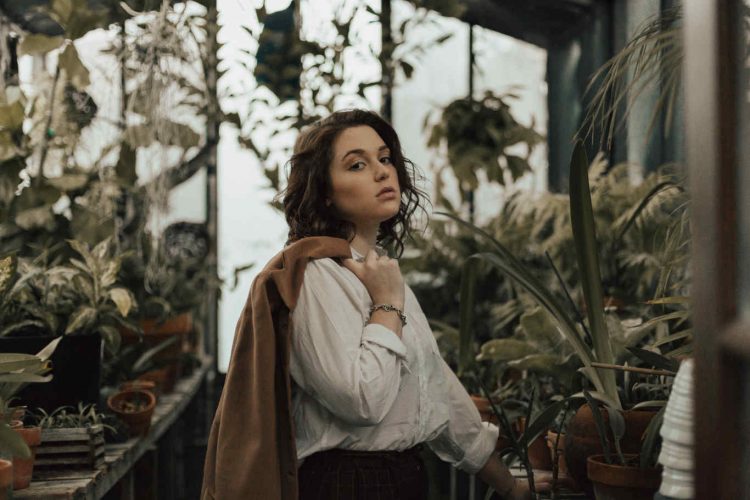 Q: How are you managing acting, school, and diabetes?

A: I’m acting and in nursing school at the same time right now and it’s a little crazy and I’m tired. But I’m excited about doing both. To be honest, the hardest part is managing stress. My blood sugars are really stress-dependent so whenever I’m stressed, in my brain I think I’m fine but my body will tell me otherwise. I have to be good about time managing with getting enough sleep and exercising, and eating right and just keeping everything very balanced and that can be a challenge.

It’s hard to have the same challenges of managing blood sugars day-in and day-out and I don’t often succeed, and I often pay for it. I have days when my blood sugar is really bad, and I have to think about what I didn’t do right. I can usually come up with a reason, but sometimes I can’t.

Q: What do you tell yourself on those down-days?

A: I just tell myself that tomorrow’s going to be a better day and that this is just the nature of type 1: that you’re going to have good days and bad days. If you didn’t have bad days, you’re not going to appreciate the good ones. Make it through today, and hopefully, tomorrow will be better and if it’s not, there will be a day.

Sometimes you have a week or two, or phases where it’s not good. That’s when it gets hard to be optimistic. I try to take it one day at a time. I try to remind myself that this is just the nature of the beast.

I would also say to have a plan for when blood sugars are high and try to be good about preventing it. For me, I know if I don’t jump on preventing it when my blood sugars are going high, it’s going to be really difficult to get it back down. So know the precautions it takes to stop it from getting there. Sometimes, you can do everything right it’s still not good enough, so don’t beat yourself up.

Q: What were some of your initial challenges?

So if you type 1 or type 2 and have a doctor that’s not looking at what you’re trying to do in your life, and make a plan for you, then maybe it’s not a right fit.

There’s always a way if you really want to do something. It’s just about finding someone that shares that philosophy and wants to share that with you.

It should be a collaboration: I see my doctor every three months, we come up with a plan, and we talk about how it affects my day-to-day life, and we try to make that plan work for me.

What’s your role with Beyond Type 1?

A: As a global ambassador for Beyond Type 1, my biggest mission is education, not only about type 1 but also about the resources that are available to people. Something that amazes me all the time is how lacking education is. I love what Beyond Type 1 does from an education stand-point and then some. They are constantly trying to move diabetes education and the resources available, looking for a cure, just trying to move that entire world forward, advancing the life of a type 1 person.

They’re constantly going out there in the field to bring type 1s together and finding fun and unique ways to create a community and make diabetes not such an isolating thing. Sometimes it’s frustrating to feel like nobody understands what you’re going through.

They not only do a great job of educating, but they help people that need resources but can’t get them. And they create a community of people, so you feel like you’re not alone. They have each other’s backs and it’s a really beautiful thing of people being there for people.

What are your thoughts on New Management Tools?

A: What amazes me is how many people don’t even know about the technology available. I shot a movie in Virginia at the end of last year, and I was talking to a fellow-type 1, and he didn’t know what a continuous glucose monitor (CGM) was. We got into a conversation about it and a few months later he called me to thank me because the CGM has changed his life so much.

For me a CGM changes the game, there have been some weeks where I’ve been without one, and I hate it. I hate having to prick my finger all the time. CGMs are incredible as are the insulin pens. I have the pump as well, but sometimes with work, it’s not the most plausible option all the time, because it depends on what costume I am wearing. Things have really come along way since insulin used to be pulled out of vials.

It amazes me how much technology has changed and how much it continues to grow. And like I said, some type 1s or Type 2s don’t know their options and they should. That should be the first thing endos or diabetes educators should be telling them. My friend in Virginia said the nurses were trying to figure out how the CGM worked alongside with him, which I found shocking. I don’t what to put it all on the healthcare provider, or on the type 1s or type2s either, it’s a matter of healthcare providers and patients staying educated. 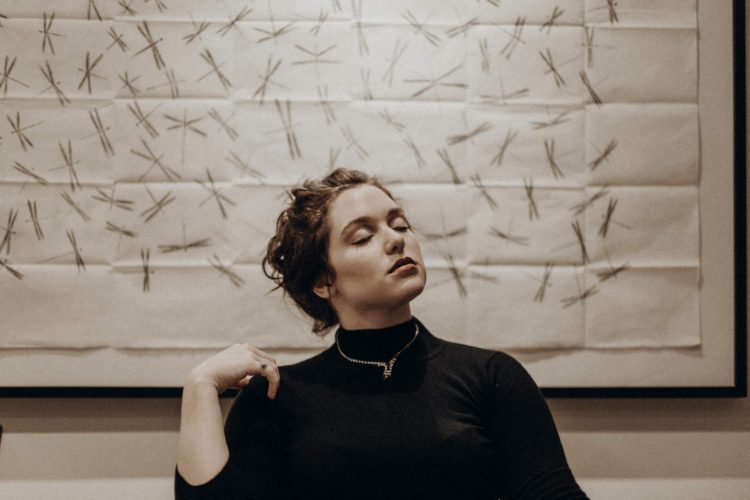 Q: What do you say to people about chasing their dreams?

A: I would say if you have a drive that just fuels you and makes you excited about your life, then you can’t stop pursuing it. For me, it’s acting that gets me excited to wake up in the morning. Life’s about a lot of things, but one of the key components is to pursue your passion. It was never going to be easy, but this just made it harder.

I had a doctor once tell me I need to stop acting and move back to Texas. And that moment, I thought, am I suppose to just move back to Texas and live in a bubble? That’s when I realized if you have something that you like doing, that you have to fight tooth and nail to do it.