Down the Inhaled Insulin Path: The Road to Approval and Acceptance

Since the discovery of insulin over 85 years ago, scientists have been looking for ways to get it into the bodies of people without having to use injections.

Many technical advances since that time have allowed insulin delivery through other means, including insulin pens, pumps and even the possibility of a pill, one day.

It wasn’t until the late 1990s that the idea of inhaled insulin actually came to fruition. Researchers found ways to develop an insulin powder that could be administered with the help of an inhaler, much like the ones used for asthma.

After all the developments, however, the use of inhaled insulin is not widespread.

Let’s learn more about inhaled insulin, what hurdles were crossed for its approval and how it’s received today by the medical community.

In early 2006, the FDA approved the first inhaled insulin product, Exubera — marking what was arguably the biggest advance in insulin therapy since the drug was first administered to a patient in 1922.

A powdered insulin administered through the mouth via an inhaler, Exubera was approved for use in Type 1 and Type 2 adult patients over the age of 18 who take insulin for use at mealtime.

But Exubera faced an uphill battle winning widespread physician and consumer approval, and in October of 2007, the manufacturer, Pfizer, announced that it would pull the product from its portfolio.

The problem with the highly anticipated product was a design flaw: The inhaler was too large and cumbersome for users to use from a practical standpoint. According to a Wall Street Journal article, once Exubera was on the market, diabetes specialists found it hard to use.

Dosing was also cumbersome for the product because patients had to insert packets of powder into the device measured in 3 or 9 milligrams — not the units doctors and patients are used to.

The WSJ also reported that the company had problems getting insurance companies to cover the treatment at a favorable price. The bottom line was that Exubera cost about $5 a day while injectible insulin costs about $2 to $3 a day.

According to the article, Pfizer’s decision to discontinue the drug cost is $2.8 billion, dubbing it, “One of the drug industry’s costliest failures ever.” 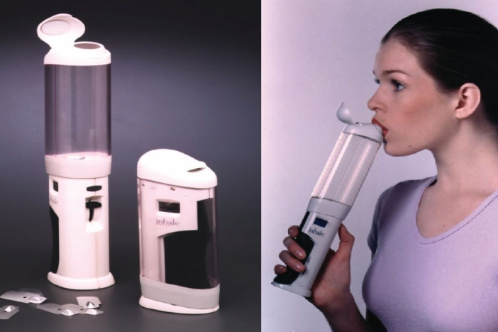 Other Products in the Pipeline Also Pulled

At the time when Exubera was discontinued, several other companies were pursuing inhaled insulin as well, including Alkermes and Eli Lilly and Company, MannKind Corporation, and Aradigm and Novo Nordisk.

One year after Pfizer pulled its product, Eli Lilly and Co. and Alkermes, Inc. decided to pull its inhaled insulin product: AIR® Inhaled Insulin System while it was in phase 3 of clinical development.

The company said in a press release, that the decision was not a result of any observations during AIR Insulin trials relating to the safety of the product but rather “a result of increasing uncertainties in the regulatory environment, and a thorough evaluation of the evolving commercial and clinical potential of the product compared to existing medical therapies.”

By March 2008, all of these products had been discontinued because investors decided to withdraw their funds, except for MannKind’s Afrezza® product.

According to Dr. Jean-Louis Sélam, who researched promises and concerns with inhaled insulin over 10 years ago, Mannkind’s Afrezza is the only inhaled insulin product that made it to the market.

“One reason why inhaled insulin wasn’t as successful as once expected is that pumps, pens, needles and insulins have made great progress,” he says. “And major sponsors preferred to develop improved injectables and probably do not want a competitor,” he adds.

In March 2009, MannKind submitted a New Drug Application (NDA) for their inhalable insulin.

In 2011 the FDA denied approval of Afrezza because the design of the delivery device had changed and the FDA requested additional clinical trials to ensure that people would use it the same way as the earlier versions.

After conducting further studies, Mannkind submitted a new application and announced the resubmission of the NDA in October 2013.

On June 27, 2014, the U.S. FDA finally granted approved for Afrezza to improve glycemic control for patients with both Type 1 and Type 2 diabetes. 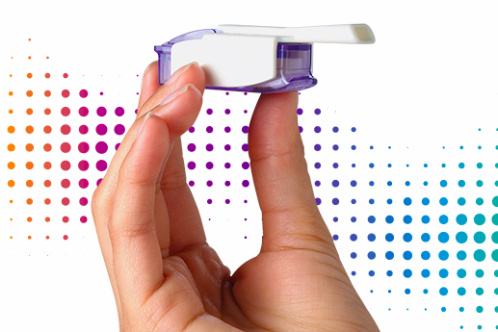 “Approval of Afrezza is an important milestone for MannKind,” said Alfred Mann, the company’s Chief Executive Officer at the time in a press release.  “As today’s FDA action validates the years of clinical research and commitment that powered the development of this unique therapy.”

Mannkind’s product was an improvement from other drug maker’s failures: The Afrezza inhaler, about the size of a whistle, was dramatically different from Exubera’s poorly designed and cumbersome inhaler design.

The dosing cartridges are also color-coded so that patients and doctors can easily recognize different doses. The inhaler is disposable and meant to be replaced every two weeks.

The formulation of the insulin is also different: A fast-acting, mealtime insulin in powder form can be delivered in the arterial blood system instead of the capillary system.

Afrezza peaks within 12 to 15 minutes and is out of the system within an hour, compared to current fast-acting insulins that usually take at least 20 minutes to kick in, peak at 2-3 hours and can stay in the system for as long as five hours.

In 2014, Mannkind and Sanofi agreed that Sanofi would take over manufacturing and marketing of Afrezza, but two years later, Sanofi said it was dropping partnership due to poor sales. The companies formally terminated the agreement in November 2016.

At the time that Sanofi announced it was dropping the product, Mannkind said it would continue alone, and it had taken over manufacturing and relaunched the drug by July 2016.

According to a 2016 Wall Street Journal article, despite numerous setbacks, Afrezza has gained a small but avid following among patients who say it works significantly better for them than injected insulin.

However, the article mentions that many patients didn’t stick with it, citing a Sanofi spokeswoman who said that of the 6,000 patients prescribed Afrezza since its launch, only 35 percent stayed on the treatment at that time.

What Do the Experts Say?

According to Dr. Steven Chessler, associate professor division of endocrinology, at the UC Irvine School of Medicine and a practicing endocrinologist, inhaled insulin is rarely used in his experience and its role remains unclear.

“The ubiquity of insulin pens has made injections convenient,” Chessler tells dLife. “And either way you have to carry something around — either the pen and needles or the insulin inhaler apparatus.”

He cites an important reason many physicians don’t use it is the concern regarding introducing insulin into the lungs and the effects it may have on the lung tissue.

“I have never had a patient come to me on inhaled insulin,” Chessler says, “meaning that their previous physicians did not use it, nor have I started patients on it.”

Also, he explains patients need to have lung function assessed before starting and can’t be smokers. Chessler says the drug may be beneficial in patients with type  2 diabetes who need mealtime insulin and are resistant to injections.

“Almost no diabetologist prescribes inhaled insulin,” Sélam states, “because of no or minimal advertising by sponsors, and because the FDA approval stipulates lots of limitations including non-COPD patients and needs for frequent pulmonary function tests.”

He also says inhaled daily insulin doses adjustments are awkward for the patient with the current device.

In spite of its various setbacks, and varied patient and physician opinion, Mannkind continues to push forward.

According to Rose Alinaya, Mannkind’s senior vice president of investor relations and treasury, Afrezza is only approved in the U.S. but it’s looking to expand its horizons.

“We are currently working with collaboration partners to get Afrezza approved in Brazil and India,” she told dLife in an e-mail.  “Additionally, regulatory filings are in progress for Mexico and Canada.”

In May of this year, Mannkind announced it entered into an exclusive marketing and distribution agreement with drug firm, Cipla for Afrezza in India.

And last month, Mannkind announced a distribution agreement for Afrezza with Tanner Pharma Group, a global provider of integrated specialty access solutions. The agreement names Tanner as a distributor of Afrezza outside of the U.S. in regions the product is not yet registered.

The company recently reported that second-quarter net revenue for Afrezza was $3.8 million, which is 142 percent growth versus the same quarter last year.

The company experienced its highest Afrezza sales in 2Q 2018 due to increased physician trial and adoption, and doubled their market share over the past year as a result of their commercialization efforts, according to a press release.

Mannkind presented positive trial results at the 2018 meeting of the American Diabetes Association (ADA), showing Afrezza increases the time that blood glucose levels remain in the optimal range (70-180 mg/dl), reducing both spikes in blood glucose and time in hypoglycemia in adults with type I diabetes, compared to insulin Aspart.

5. Staton T (2016,February 10). FiercePharma. “Sanofi tried and failed with Afrezza. Why does MannKind still think it can win?” Retrieved from: http://www.fiercepharma.com/pharma/sanofi-tried-and-failed-afrezza-why-does-mannkind-still-think-it-can-win