Diabetes Simplified: What Is Insulin?

It’s clearer than water from an alpine mountain spring. It’s as expensive as French perfume. It’s nearly one hundred years old. It’s been blessed, cursed, feared, and loved. Virtually all animals have it, or something very much like it. Horses have it. Dogs have it. Mice have it. Fish have it. So do earthworms, fruit flies, and mosquitos.

Insulin In the Body

From the perspective of biology, insulin is the elixir of the fountain of life. Okay, well, technically it’s a peptide hormone, meaning that it’s a functional protein—a protein engineered by nature to carry out a specific task. If you want to get even more technical about it, insulin is composed of fifty-one amino acids and has a molecular weight of 5,808.

In “normal” people and critters, insulin is produced by the pancreas. The hormone’s job is to guide glucose molecules from the bloodstream into individual cells, earning it the title of the “transport hormone.” If your body fails to produce insulin, you have type 1 diabetes, and your blood sugar rapidly skyrockets, with potentially deadly effect. If your body produces insulin—but not enough for its needs, because of insulin resistance—you have type 2 diabetes, and your blood sugar slowly skyrockets, but still with potentially deadly effect.

Insulin In the Bottle

From the perspective of diabetes therapy, insulin is the ultimate medicine. It always works. It gets along well with other medications. There’s no toxic dose, so it’s infinitely scalable. It has virtually no side effects—it won’t make you cough, ache, burp, sneeze, or have diarrhea. It’s simple, safe, and natural.

Insulin has a long track record, too. It was “discovered” and synthesized nearly a century ago by Dr. Frederick Banting and his assistant Charles Best, working at the University of Toronto. Over the decades since, insulin has gone through a number of makeovers, but it’s the same basic molecule. It was originally distilled from ground-up animal pancreases, generally from cows and pigs. In recent decades, “human” insulin has been grown in massive production plants, using either yeast or E.coli bacteria.

It comes in a variety of “strengths.” Over time, various chemicals have been added to slow down its action or speed it up, and now, we have several new flavors to choose from—but it remains the same basic medicine.

The reason for this is simple: type 2 diabetes is a progressive disease. It gets worse and worse and worse over time. Pills will only go so far. Eventually, most type 2s who live long enough will need insulin. So, given the natural course of diabetes and the almost guaranteed need for insulin, why do so many people freak out about taking it?

Well, it might be that taking insulin involves needles.

Insulin needs to be injected. Why? Why can’t we have a pill? Well, remember that I told you that it’s actually a protein? If you put it in a pill, your stomach mistakes it for a T-bone steak and digests it. Trust me, pharma companies big and small are working night and day on a work-around to put insulin into a pill, but with no great success yet.

Okay, why can’t we have a patch? Well, remember that I told you that insulin has an atomic weight of 5,808? In plain English, that means it has a very big butt. It’s a huge, mongo molecule. Too big, in fact, to fit through your skin. That’s why nothing happens if you pour insulin onto your hands. Again, the friendly pharma folks are working on ways to stretch the skin to force the molecules in, and we’ll probably see insulin patches before we see insulin pills. Phase III clinical trials are soon to begin, using ultrasonic technology to force the large insulin molecule through the skin—but don’t hold your breath. Even if it works, there are lots of dosing problems to be solved. The I-patch is still years away.

In the meantime, to get insulin through your skin and into your body without being digested, a needle is involved. That needle might be attached to an ol’ fashioned insulin syringe, something called an insulin pen, or an insulin pump.

Syringes, Pens, and Pumps: Oh, My!

I think everyone knows what a syringe is: it’s a tube designed to hold a liquid, a plunger to draw the liquid into the tube and push it out again, and a needle to break the human skin to get the liquid where it needs to go. Once upon a time, only a few decades ago, syringes were glass-and-metal affairs that had to be boiled between uses, and needles were giant stainless steel harpoons that had to be sharpened on whetstones like knives. Now, we have disposable plastic one-shot syringes with high-tech needles the size of a human eyelash. Syringes are the traditional way to deliver insulin, and they are still commonly in use in the United States today.

In some parts of this country, and in most of the rest of the civilized world, the syringe has been replaced by the pen. An insulin pen is a fountain-pen-sized, multi-shot device with a tiny screw cap needle on one end and a dial to set a dose on the other end. They come in both pre-filled disposable varieties, and in sturdy metal beauties that can be refilled.

Lastly, an insulin pump is an alternative way to get insulin into the body. It’s a high-tech computerized device that automates some, but not all, of the insulin delivery. Instead of one big shot, pumps continuously infuse small amounts of insulin into your body all the time.

A Good Girl with a Bad Reputation

Now, in all fairness, insulin cannot be said to be either feminine nor masculine—but it’s certainly one of the most misunderstood medications of all time. I say that because many people are terrified of going “on” insulin. Is it just the needle? After all, sticking yourself with a needle is arguably an unnatural (but nowadays painless) act.

No, fear of needles isn’t the whole story. If we look at other injectable diabetes medications such as Victoza or Invokana, which both claim to lower A1C and help you lose weight, there’s very little resistance from people with diabetes to taking these meds, which also require needles. Does the lure of weight loss overcome the fear of needles, or is there something else going on?

How did insulin get such a bum rep?

The answer: stupid doctors. For decades, many docs tried to control their patients’ behavior using fear. They’d hold up the vial and syringe like a baseball bat: “You’d better do what I tell you, or I’ll have to put you on the needle” (a rather short-sighted motivational technique, given that the natural history of diabetes shows us nearly everyone with diabetes will end up on insulin at some point.)

Thus used as a threat, insulin became the de facto medication of last resort. Often, the elixir of life was delayed too long. Historically, by the time many type 2s were started on insulin, complications had already set in. Families remembered that Grandma was put on insulin and then went blind. Families remembered that Grandpa was put on insulin, and then his feet were cut off. Avoid insulin: that stuff will kill you!

It was the combination of these three factors that ended up giving insulin a bad rep that the best PR firms in the world would have a hard time overcoming. First, doctors in the past used insulin as a threat, creating an atmosphere of fear around the best diabetes medicine in the pharmacy. Second, in most cases, it was started far too late in the disease process, after the damage was already done. If Grandma and Grandpa had been started on insulin a decade earlier, they’d be alive and kicking (with both feet) today. Third, type 2 diabetes is commonly intergenerational—and families have pretty good memories. More about that last one in a minute.

Luckily, the vast majority of the medical community has “gotten with the program.” Insulin isn’t held over patients’ heads as a threat anymore. It’s started in a timely manner now. In some practices, it’s viewed as a medicine of first resort, not of last resort. Most patients are told that insulin is in the cards from the very day they are diagnosed. The natural progression of diabetes is carefully laid out so that no fear or self-blame need exist down the road.

Still, family lore…that’s not so easily changed. The mythologies, memories, misgivings, and outright fear of insulin generated by the dark history of insulin’s use will take much more time to cure.

But hopefully, not the next one hundred years of insulin’s history.

Wil Dubois is a diabetes treatment specialist with the Pecos Valley Medical Center in New Mexico, a rural non-profit clinic. He has type 1 diabetes, and is a health columnist and author who has published over 275 articles and four award-winning diabetes books. 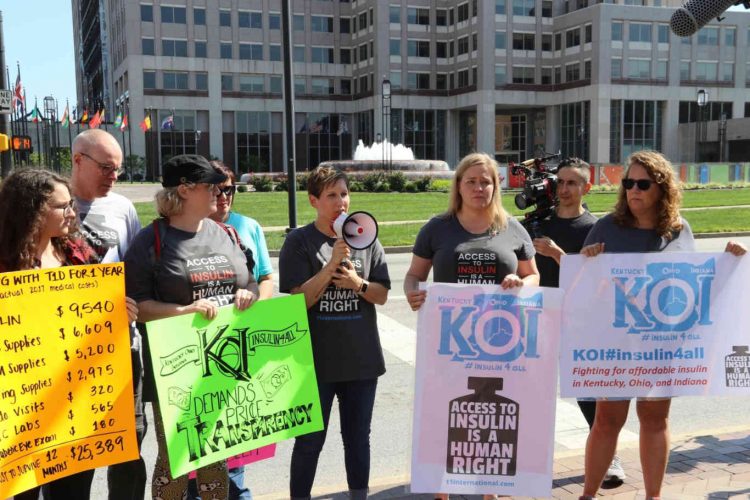 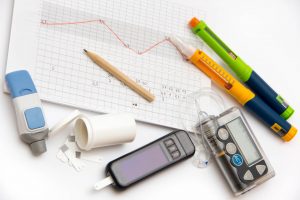 The Best Insulin Pumps on the Market 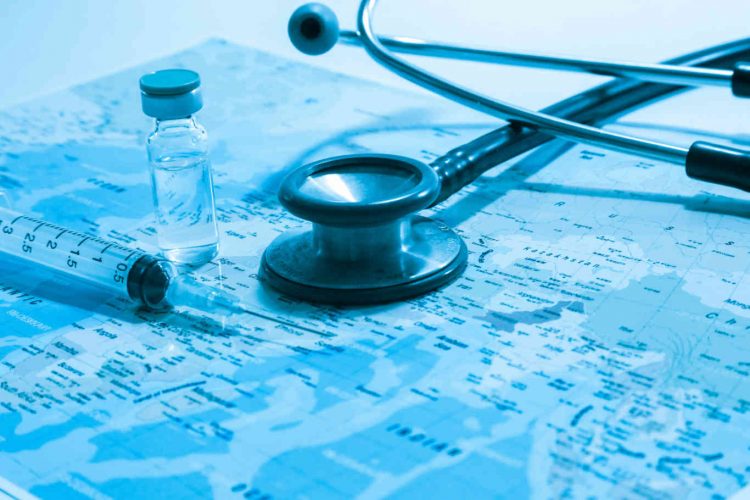 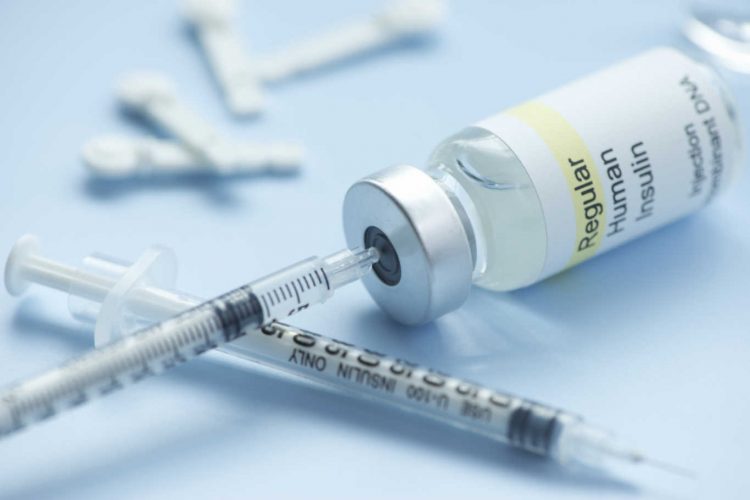 What Type Of Diabetes Requires Insulin?