Last week, the American Diabetes Association® (ADA), along with hundreds of people living with diabetes and advocates met with members of Congress on Capitol Hill to ask them to make diabetes a national priority.

Taking place every spring, the “Call to Congress” is the ADA’s annual gathering in the nation’s capital.

This year’s event brought together hundreds of diabetes advocates to educate members of Congress about the impact of diabetes, share their personal stories, and advocate for key federal priorities like federal funding to support diabetes research and programs and access to adequate and affordable healthcare.

Attendees included children and adults living with diabetes, parents and caretakers, health care professionals, and diabetes researchers—all of whom put a face on diabetes by sharing their stories on Capitol Hill.

“The annual event serves as the premier advocacy campaign and convening for the ADA in empowering those affected by diabetes to tell their stories and drive positive change and support among congressional champions and key influencers,” Amanda Kelly, vice president of grassroots and internal advocacy at ADA tells dLife. “This platform gives diabetes advocates the training, direction and opportunity to have a voice in the decisions being made in Washington that directly impact their lives and the lives of those they love.”

Some version of Call to Congress has been taking place for nearly 20 years.

Though the shape and size have varied from year to year, diabetes advocates have been demonstrating their commitment and passion to diabetes advocacy on Capitol Hill for decades, both via Call to Congress and other convenings.

The initiative encompasses a far larger and longer engagement campaign throughout the year, giving more than 500,000 diabetes advocates a voice in what matters most both at home and in Washington.

“Because of this advocacy, members of Congress and their staff not only learn about the impact of diabetes, they are moved to support and champion critical public policies benefiting individuals with and at risk for diabetes,” Kelly says. “Policy change and investments at the federal level move the nation closer to the ADA’s mission to prevent and cure diabetes and to improve the lives of all people affected by diabetes.” 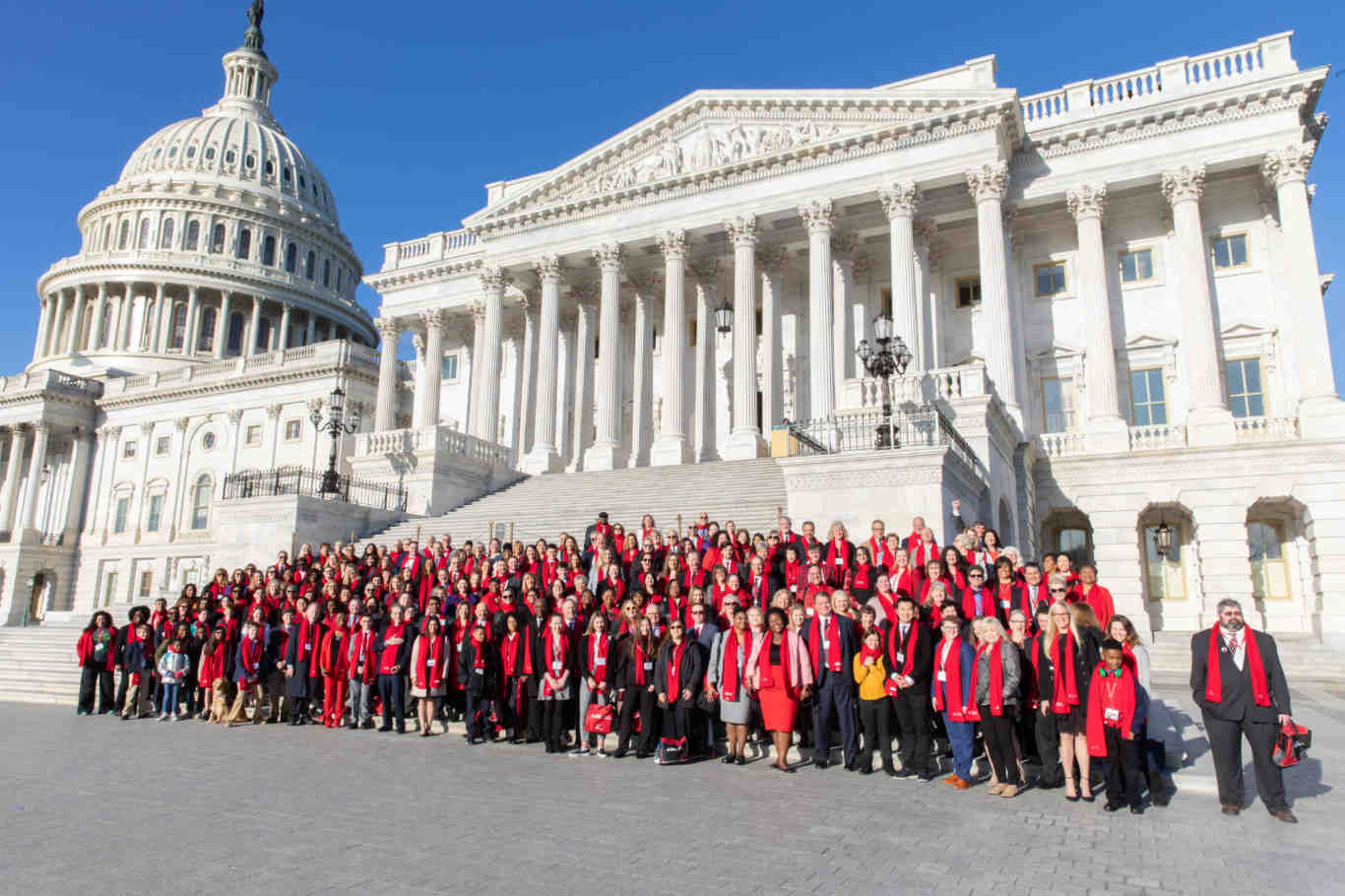 All the advocates that attended the 2019 Call to Congress. Image courtesy: ADA.

“As a result, we are able to ensure that all 535 members of Congress hear our message loud and clear,” Kelly states, “which is to make diabetes a national priority.”

While the ADA is still in the process of sorting through meeting reports and specific requests, almost universally the response that diabetes advocates received from their members of Congress and the congressional staff was one of support and commitment to do more to address the diabetes epidemic.

The ultimate goal of Call to Congress, and ADA’s advocacy in general, is to educate Congress about the massive impact of diabetes and gain their commitment to act in support for key resources, legislation, and programming to bend the curve of the diabetes epidemic in the future, and help individuals and families impacted by diabetes thrive.

Ultimately, diabetes advocates are at the heart of the ADA’s efforts.

“Advocates’ voices, stories, passion, and dedication propels our advocacy forward,” Kelly says, “whether in Washington or state capitals across the nation. In this way, we are connected for life.”

You can sign up to become a diabetes advocate and get the latest diabetes news and engagement opportunities with Congress and your state legislatures at diabetes.org/advocatesignup.