Chef Letícia Moreinos Schwartz on Her Role in “A Touch of Sugar,” and More

She is passionate about food and cooking, particularly when it comes to diabetes.

Born and raised in Brazil, Letícia moved to New York in 1997, where she studied Culinary and Pastry Arts at the French Culinary Institute. Her extraordinary training led her to work at some of New York’s finest restaurants, including Le Cirque 2000, La Grenouille, La Caravelle, and Payard Patisserie and Bistro.

dLife speaks candidly to Letícia about her connection to diabetes, her mission to spread more awareness among the Latin community through her role in the new film, A Touch of Sugar, a documentary created by Merck which looks at the Type 2 diabetes epidemic across the nation, and more about her other upcoming projects.

“Diabetes has been on the rise in Latin America over the last few years compared to 20 to 30 years ago and I have a feeling it’s happening worldwide,” Letícia tells dLife. “We don’t really associate Type 2 diabetes with certain cultures, but it’s happening, and the same is true for Brazilians and especially Hispanics.”

Letícia attributes the rise of diabetes in the Hispanic community, especially in this country in large part due to the influence of fast-food culture. “As this culture gets more dominant worldwide, Leticia says good — and bad comes with it.”

In this country alone almost 12% of adult Hispanics have been diagnosed with Type 2 diabetes.

“When that happened, it prompted my whole family to re-evaluate our lifestyle and work in the direction to take steps to reduce the risk for Type 2 diabetes,” she says.

She remembers, growing up, that cooking the right meals was a struggle for her grandmother. “She was the one to prepare the meals for the whole family, take care of everyone and hold everybody together, as women often do,” she says.

Letícia says while her grandmother meant well, she didn’t have the right resources, the right information, and the right education to help her grandfather.

“One of the things she used to do is make meals that were different for him and the rest of the family,” Letícia recalls.

Looking back, she realizes that isolating someone with diabetes is probably the worst thing you can do.

And, bringing light to that common practice was one of her main goals, as she got involved America’s Diabetes Challenge, a campaign by Merck and the American Diabetes Association in 2013.

“In this campaign, I work as a chef is to inspire people to cook together add to eat together,” Letícia says. “Never isolate a member of the family, because the truth is we should all eat like we have diabetes.”

She adds that healthy doesn’t have to be boring.

“There’s a stigma that’s going to take us a long time to break because there’s still a lot of people that associate healthy meals with boring flavors and the notion that if it’s healthy — it can’t taste good.”

She says her mission and as a chef, and as a Latina, is to develop recipes that are good for the whole family to enjoy together.

It was Letícia’s involvement with America’s Diabetes Challenge that led her to a role in A Touch of Sugar that recently debuted at the Tribeca Film festival.

“The film really sparks the inspiration so people can help others to exercise together, cook together, and learn together,” Letícia says. “It feels very meaningful to be a part of a project that aims to confront Type 2 diabetes and inspire more action so people can make a change together.”

Letícia says the documentary has a very positive message, particularly for the African-American and Hispanic-Latino communities that it is totally possible to manage the disease and to confront it.

She says education is also the key to understanding the disease, which the film also touches upon.

Letícia admits her family didn’t understand what it meant to have Type 2 diabetes, besides “having high sugar.”

“This is exactly what’s portrayed in the film, it’s almost like they took a picture of what was happening in my family,” Letícia says, “But there I am, helping a lady from the Latin community, Susie Katona, because she doesn’t have a lot of information about the subject either.”

While talking to Katona while filming, Letícia realized that information is lacking and that often language is also a problem.

“Sometimes if a Hispanic person doesn’t speak English well, and they go to the doctor, they really can’t understand what the doctor is saying,” Letícia says, “Many times they’ll bring their kids with them to have the information translated to them.”

Letícia says there’s a lot of work that needs to be done to raise awareness and to change the way we look at Type 2 diabetes.

“The film is a good place to begin to spark action and ultimately confront Type 2 diabetes,” she says, “we really want to do this one family at a time and one community at a time.”

The Economics of Diabetes

Along with education, Leticia understands the economics of a healthy lifestyle is also omnipresent.

“This is particularly the case in rural areas where communities exist that simply don’t have access to cooking classes, to nutritional information, and diabetes education,” she says.

There are also socio-economic factors in managing diabetes, as well because not everyone has health insurance, which is ultimately tied to their employment.

For these people, as was the case for Kotona in the film, Leticia says the reality is having to take advantage of free content that is readily available. She points out there are a lot of resources available, including sites such as her own that provide videos and recipes in Spanish and English for free.

This is helpful to those who cook, and Letícia says cooking at home is one of the best remedies to the management of T2D.

“When you cook at home, you have complete control of the foods that you eat,” she says, “There’s a lot of people that say buying organic is expensive, but you can get delicious vegetables that are not organic.”

“The price of visiting a local farmer’s market will never be as high buying produce that’s coming from around the world,” Letícia says. “There are so many things people can do to manage your diet when you have Type 2 diabetes — it’s just that people close their eyes and find excuses: ‘I don’t have time to cook, or I don’t want to go to the farmer’s market because it’s too expensive,’ when really, all of those things are the best solution to manage along with exercise, of course.”

The Last Piece of the Puzzle

Letícia says the last piece of the puzzle, (if not the first), is to work with your doctor.

“It’s really the most important thing: to have a relationship with your doctor, develop a plan that’s right for you because Type 2 diabetes it’s not the type of disease that’s one-size-fits-all.”

Letícia says it’s important to find a provider that takes care of you as a person, not just ‘here’s your medicine, now go away.’

“I just wish that every person that has Type 2 diabetes be lucky enough to find a provider that they can develop a relationship with,” Leticia says.

And for those without insurance, it’s a much more difficult struggle.

“As Katona does in the film, they have to discover everything by themselves,” Letícia says, “They have to find recipes online and use the Internet as the main source of information.”

While her previous books, The Brazilian Kitchen, and My Rio de Janeiro: A Cookbook are true testaments to Brazilian cuisine, which contain richer ingredients, her new book will focus on healthy recipes that will work for the whole family. 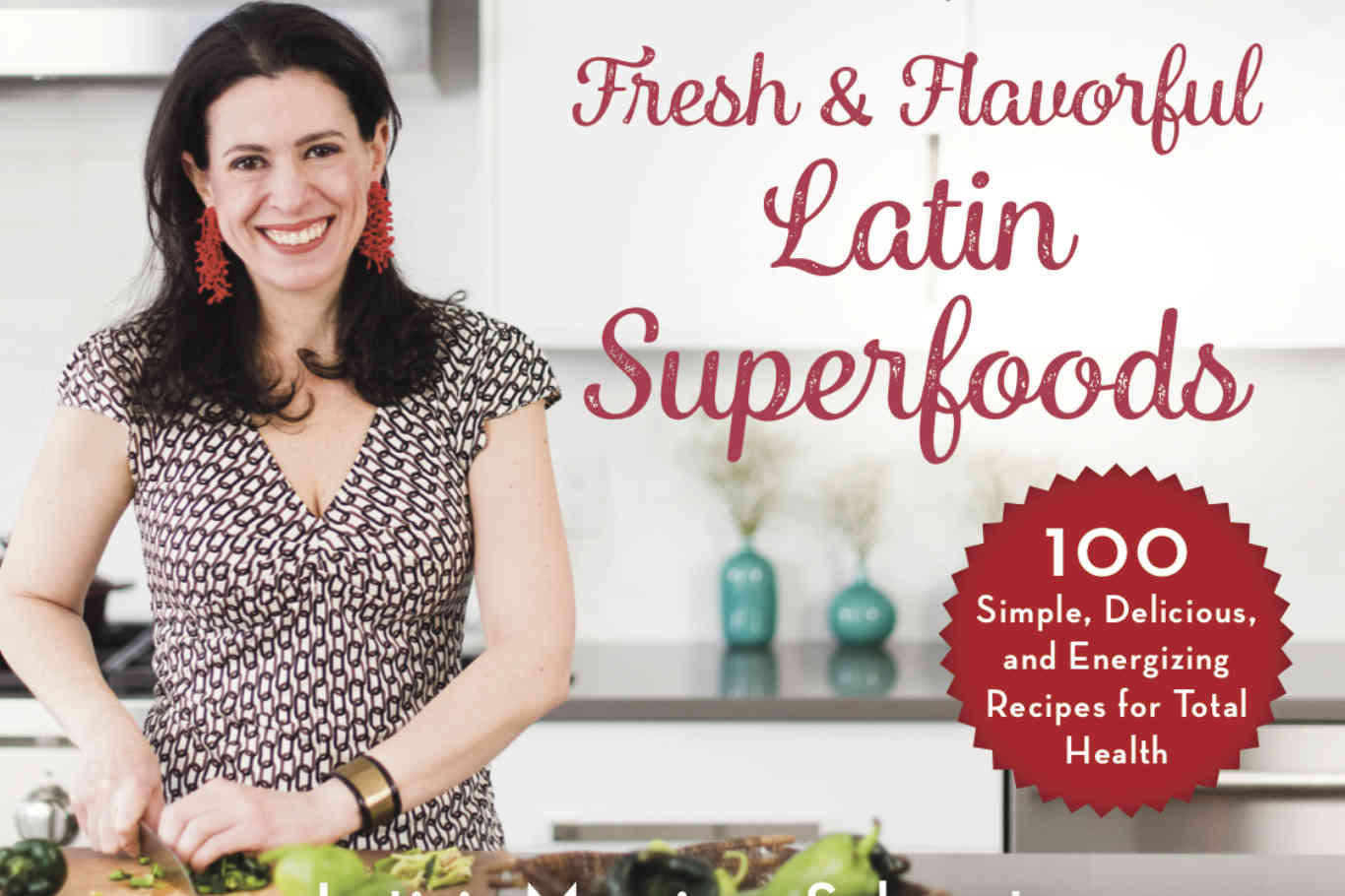 “The next cookbook is a true celebration of food and family,” Letícia says, “What’s most rewarding is to see that the recipes work for entire families and not just one family member who is trying to watch what they eat. I truly feel honored that I can help people in that way.”