Baylor Project: Finding a Way to Uncouple Obesity From Diabetes

About 422 million people around the world, including more than 30 million Americans, have diabetes. Approximately ninety percent of them have Type 2 diabetes.

People with this condition cannot effectively use insulin, a hormone made by the pancreas that helps the body turn blood sugar into energy.

The inability to use insulin, called insulin resistance, results in increased levels of blood sugar, which, if not controlled, can significantly raise the risk of major health problems such as blindness, kidney failure, heart attacks, stroke and lower limb amputation.

In 2015, the World Health Organization estimated that 1.6 million deaths were directly caused by diabetes. Until recently, this type of diabetes was only seen in adults, but it is now also occurring increasingly and more frequently in children. 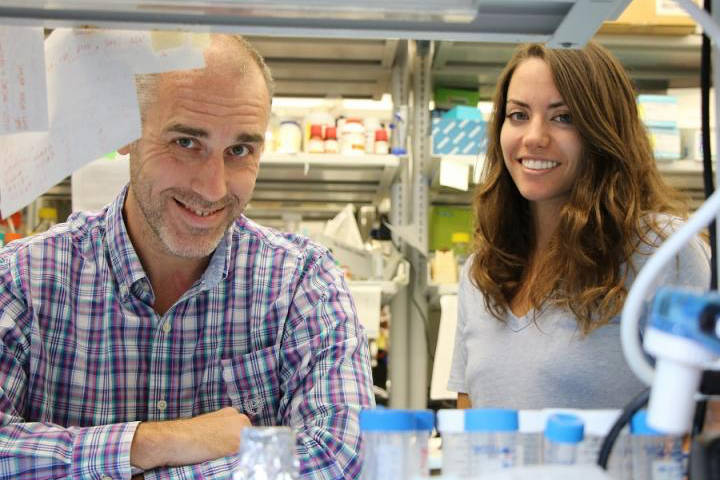 “Obesity is the most significant risk factor for Type 2 diabetes and other metabolic conditions, and affects one in three adults worldwide,” says Dr. Sean Hartig, assistant professor of medicine and of molecular and cellular biology at Baylor College of Medicine.

“Although medical consensus recommends making lifestyle changes toward a healthy diet and increased physical activity to both prevent and help control diabetes, this strategy has shown to be difficult to implement and maintain by most people,” he says.

That’s why Hartig and his colleagues are exploring alternative ways to control obesity and Type 2 diabetes that may involve the use of therapies that would complement the current efforts to educate the public about healthy diets and exercise routines.

To achieve this goal, they are studying the cellular and molecular mechanisms involved in fat metabolism using both genetic mouse models and human tissues.

Although obesity significantly increases the risk of diabetes, about 30 percent of obese people do not show insulin resistance and do not develop Type 2 diabetes or other metabolic conditions, such as fatty liver disease.

What leads to obesity while maintaining insulin sensitivity is not well understood; however, scientists know that the condition is associated with the body’s ability to expand the storage of subcutaneous white adipose (fat) tissue.

“Subcutaneous white fat represents 80 percent of all fat tissue in mice and people and it is stored in the hips, arms, and legs,” explains co-author Natasha Chernis, “When food overwhelms the ability to store calories in subcutaneous white fat, fat ‘spills over’ into organs that are not specialized for storing fat, such as the liver, the pancreas, and muscle,” she adds.

People who develop diabetes have more abdominal (belly) fat, she says. That’s why their idea is to find ways to expand subcutaneous white fat depots in obesity, so fat is not stored in places like the abdomen or the liver, where it can cause metabolic problems.

Another key player in the obesity and diabetes puzzle is the immune system. Obesity leads to developing a low-grade inflammatory response that can interfere with the metabolic functions of subcutaneous white fat tissue.

This inflammatory microenvironment likely disturbs this fat tissue’s ability to respond to insulin, contributing in insulin resistance and Type 2 diabetes.

This is supported by findings that increased levels of pro-inflammatory cytokines, such as interferon-gamma, correlate with insulin resistance, reduced subcutaneous white fat expansion, and accumulation of abdominal fat.

However, this brings the question, what is different in obese individuals who do not develop insulin resistance and diabetes?

Another Piece of the Puzzle, miR-30a

When the researchers started this project six years ago, their goal was to better understand fat metabolism and identify potential ways to help people lose weight.

In doing so, they found a microRNA called miR-30a – a small non-coding RNA molecule that regulates gene expression – that could stimulate pathways important for fat metabolism.

Originally, they thought that expressing miR-30a would lead to weight loss because it would be driving fat metabolism, but they observed something different.

“We found miR-30a did not correlate with leanness,” says Hartig, “instead, it was associated with a form of obesity in which subjects actually maintained insulin sensitivity.”

Hartig and his colleagues discovered that reduced miR-30a expression in fat tissue correlated with insulin resistance in both obese mice and obese humans.

“We have provided evidence that expression of miR-30a protects fat cells by attenuating inflammation derived from mediators such as interferon gamma and leads to improved insulin sensitivity in obese mice,” Hartig said.

These findings open the possibility of developing therapeutic entryways for many forms of diabetes, not just diabetes aligned with obesity.

For instance, targeting components of the immune system locally within the adipose tissue may enable subcutaneous white fat to expand appropriately in lipodystrophies – conditions characterized by an abnormal distribution of body fat – where diabetes occurs in patients without obesity.

“We are interested in this idea that we can uncouple obesity from co-morbidities such as heart disease and insulin resistance,” Hartig says.

“It has become clear in the past 10 years that obesity doesn’t mean diabetes. We are interested in learning how to manipulate the inflammatory response inside fat tissue of people with insulin resistance or Type 2 diabetes so they expand the subcutaneous white fat deposits and become metabolically healthy.”

Read all the details of this study in the journal Diabetes.

This article has been republished with permission of Baylor College of Medicine.