Alterations Detected in Brain Connectivity in Patients with Type 1 Diabetes

Patients with type 1 diabetes have a brain connectivity network different from healthy people, according to a new study led by researchers at the University of Barcelona.

This confirmation, reached with neuroimaging techniques and statistical models applied to complex systems, reinforce the idea that these patients’ brains develop a series of functional changes to adapt to cognitive alterations caused by this disease.

These results could have potential implications in the diagnosis of diabetes and the study of other disorders with cognitive alterations.

The study explored -with magnetic resonance imaging techniques (fMRI)- the activation pattern for brain connectivity in fifteen patients with type 1 diabetes and a control group of fifteen healthy people while they carried out working memory tasks with visual stimuli.

The neuroimaging technique measures the brain activity during the tasks thanks to the changes in the blood flux that take place in the brain depending on the areas with higher energy use. 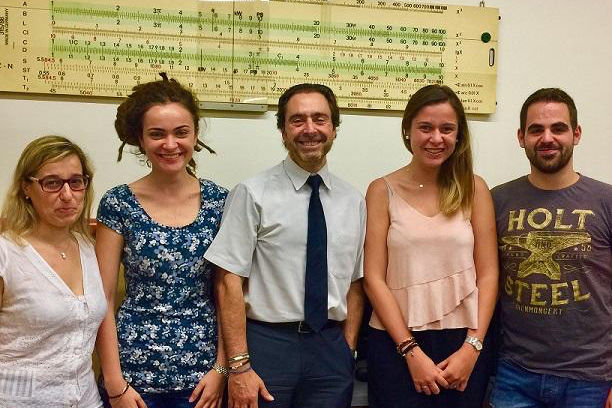 Adaptive Mechanisms in the Brain

The results of the working memory tasks were similar, but the analysis of brain connections showed important differences between the two participating groups.

According to the authors, “patients with type 1 diabetes showed a significant reduction of activation areas in the brain, compared to the control group, which showed a more complex connectivity network.”

Moreover, the connectivity pattern in T1D patients affected the cerebellum and the red nucleus mainly.

However, the control group involved other brain areas which activate when individuals carry out working memory tasks, according to researchers.

These results on the neuronal connections complete previous studies by the same team of researchers which showed different activation patterns in specific brain areas.

“These changes and the fact that the results of the analyzed tasks are similar mean that the brain creates compensation mechanisms to fulfill cognitive demands which favor a better functioning”, notes Dr. Joan Guàrdia, professor of Psychology and first signer of the article.

“Also, these data show that adaptations can be important since T1D patients develop connectivity networks which are very different from healthy people,” she adds.

A Methodology to Explore Other Diseases

The analysis of differences in brain connectivity networks opens new study pathways for other population groups -pathological and healthy ones.

“This study enabled us to show that a complex network can characterize the cognitive performance in a differentiating task between groups,” notes Guàrdia. “At the moment, we are working on the methodology that was used in this study with patients with mild cognitive impairment, people with depression and other collectives with cognitive alterations.”